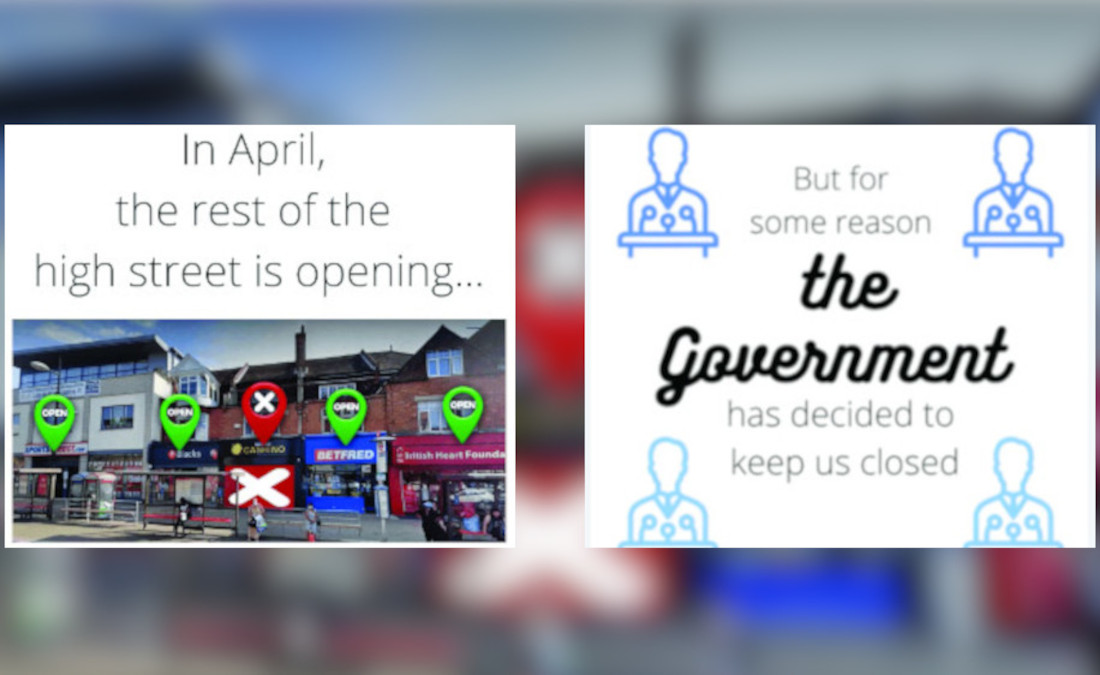 Estimates calculate the decision to keep AGCs closed for an extra five weeks until May 17 will cost the industry over £1.2 million in turnover each day. For a sector already on its knees after almost a year of closure, the notion that AGCs are not as Covid reliable as betting shops is proving to be an expensive piece of regulatory idiocy.

When the government unveiled its roadmap to reopening, there was a sense of incredulity as Boris Johnson unlocked the doors to betting shops and stuck an extra padlock on adult gaming centres.

For the AGC sector, the devil was in the detail; for the government it was the definition in the detail. For machine playing customers, however, all that detail must seem like simple nonsense.

As England entered phase 2 of reopening on Monday, and the high streets were packed with relieved people released from lockdown, the distinction between the ‘retail’ bookie and the ‘entertainment’ AGC was almost surreal in Covid-tormented Britain.

Just on Coinslot’s street in central Brighton alone, there were four pubs, all Covid secure, open and thronging; several buskers along the stretch surrounded by young people in party mood kissing and dancing; groups of lads strutting happily up and down the street – one unfortunately throwing up twice outside the sacred home of coin-op’s weekly newspaper; the Pavilion gardens were full of younger kids sitting in circles enthusiastically reconnecting and drinking; a Paddy Power bookmaker was open for business until 8pm – and yet, within a couple of hundred yards of all this buzzing activity, five Covid-secure AGCs and a pier arcade were closed.

No matter what levels of money have been spent on plastic machine dividers, temperature checkers, deep cleansing and everything required for a safe return, the government remains intransigent on reopening adult gaming centres any earlier than May 17.

According to a PwC report commissioned by Bacta, this five week delay – covering a crucial bank holiday weekend – will cost circa £40 million in revenues to AGCs – almost £1.2 million every day.

Only two months ago, Bacta reported on the fiscal plight facing AGCs with a survey recording 10 percent job losses and revenues down 55 percent due to Covid.

The government’s decision to keep AGCs shut, by virtue of their classification rather than their Covid-security, will only serve to compound this position.

Bacta’s John White has railed against this disparity for some time. To Coinslot, the decision seems both illogical and risible; does he share that view? “The argument about opening up between LBOs and AGCs is risible, I agree,” White responded. “In the governments minds, it’s not. They see bookies as retail and us as entertainment, falling either side of a line between the two. We will simply have to disagree.”

That disagreement led to challenges via legal representatives recently with Bacta calling on the government to justify its position. “The evidence for their view is absent. This is a judgement call and they have made the wrong call. They shouldn’t pretend otherwise. ”

And it’s a disturbingly illogical distinction too, inconsistent with other government policies, as White encountered with the devolved departments in Cardiff . “In Wales, ministers there have said bookies can open as non-essential retail without any restrictions, but AGCs must stay closed….this despite telling us that we couldn’t have any rates relief or grants because we were…er…like bookies. I do sometimes wake up in the night screaming in frustration at the hypocrisy, stupidity and pig-headedness of these decisions. They’re made without any regard to the impact on individuals’ livelihoods.”

That impact amounts to over £40 million in 35 days. And it doesn’t take a bookie to calculate how bad those odds are.