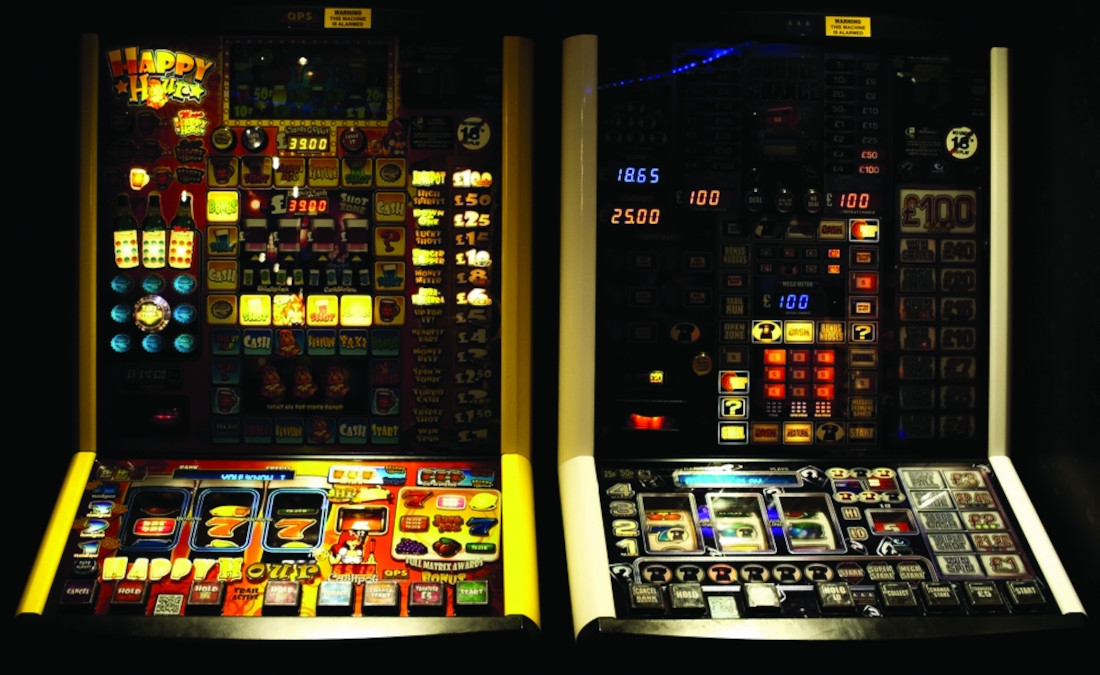 Bacta’s regional compliance officer David Miller has told Coinslot the illegal online sale of machines is “significant and widespread” across the UK, as the association launches a campaign to demand involvement from an uncooperative Gambling Commission.

Bacta’s regional compliance officer has revealed that the online sale of illegal machines is “significant and widespread throughout the country” as pressure mounts on the Gambling Commission to outline a credible regulatory response.

In an exclusive interview with Coinslot, Bacta’s David Miller stated that online sales platforms such as Facebook Marketplace and Ebay are rife with unlawful machine sales, from antique one-arm bandits to Jackpot £500s – and everything in between.

A conservative estimate of the illegal number of machines on sale is, suggests Miller, “2,500, which is the equivalent of 60 arcades.”

“We’ve had a lot of concern expressed by Bacta members concerning the proliferation of illegal gaming machines,” said Miller, who has been researching the black market online.

“I went through the advertisements on Facebook Marketplace in order to ascertain how many there were out there, I stopped counting at 200 separate advertisements for machines. With a further 2,000 to 3,000 on Ebay, you start to get a feel for the number of machines that are being sold.”

Miller has been investigating the practice on behalf of Bacta since 2020, and though a dossier outlining his findings was sent directly to the Gambling Commission Intelligence Unit in August, he notes ,“I received an acknowledgement of the email, but that’s it.”

So where is the Commission? The 2005 Gambling Act behoves the regulator to prevent gambling from being associated with crime or disorder, ensure gambling’s conducted in a fair and open way, and protect children from being harmed or exploited by gambling.

However, Miller argues that – with regulation unable to govern who operates and who accesses these illegally obtained machines – the Commission “are falling down on all three of their own licensing objectives,” while leaving organisations like Bacta with an unmanageable burden.

Miller acknowledges that many people are keen to get their hands on the machines specifically to reverse engineer them and work out their mechanisms, which in itself is another key issue. But it’s not about the why they’re sold, it’s all about the fact they’re able to be sold – and so openly.

“It would be an impossible task for Bacta to attempt to pursue individual illegal sales, or individuals who are selling – I’d be doing nothing else for the rest of my career. We lack the investigative powers, and the costs of an investigation would be immense.”

“We need some form of ownership from the appropriate authorities, such as the Gambling Commission and the police service.”

Though Miller notes that “in reality, this issue is probably well below their respective radars,” it should not be unreasonable for the Commission to intercede in criminal regulatory abuses whatever their scale, especially as it has previously made a habit of intervening at all levels of the industry.

However, the inaction of the relevant authorities does not mean Bacta intends to idly pass the time until the responsible officers are willing to sit up and take notice.

“Firstly, we’re going to be obtaining our own legal advice setting out the exact position in relation to the legality of sales, and the actual offences.”

“We’re then going to start a campaign that asks the question of the CEO of the Gambling Commission, the National Police Chiefs Council, and then link in with MPs. If that doesn’t work, we’ll ask questions of the officials of the intelligence unit of the Commission.”

Bacta will also aim to address one key element allowing illegal machine sales to thrive; the fact that unlike in the sale of alcohol or sharps online, internet trading platforms have no provision – and frankly no idea – when it comes to UK gaming regulation.

“We will start a liaison with online sales platforms setting out the position for legality and ask them whether they feel it’s appropriate of them to allow these sales to be put on their site.”

“Ignorance of the law plays a part,” added Miller, who served for 30 years with Essex Police prior to joining Bacta, “but lack of knowledge of the law is no defence.”

Bacta calls on MPs to show support for seaside economy with launch of #SeasideSelfie competition https://igamingradio.com/bacta-calls-on-mps-to-show-support-for-seaside-economy-with-launch-of-seasideselfie-competition/

Bacta calls on MPs to show support for seaside economy with launch of #SeasideSelfie competition https://europeangaming.eu/portal/latest-news/2022/07/21/118361/bacta-calls-on-mps-to-show-support-for-seaside-economy-with-launch-of-seasideselfie-competition/